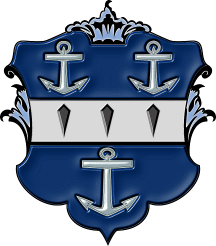 I have had my own web domain for 10 years.  The site doesn't change much, but you never know when I might actually start filling in content.  It would be very helpful if I could get an update routine going, that's for sure.  The CMS I'm using doesn't lend itself well to long absences, because it's easy to forget all the details involved with manipulating the content.

One major upgrade is that the site is now fully SSL compliant so it uses https instead of http.  Thanks to Let's Encrypt for making that possible for everybody, rather than the usual certificate authorities who want to charge $70+ a year for the privilege.

Phoenix From the Ashes

Finally, I am actively working on this site.  I'm using a new CMS so it will take a bit to get over the learning curve, please forgive any instabilities as I get the hang of it!

I just paid off a credit card I got since I partially financed my fiance’s pretty engagement ring.  Except for the first statement and the credit card itself, I have never received a statement from them.  Only because I started to worry did I switch to managing the card online, and luckily I did or I would’ve missed a payment.  Since the card’s paid off and I don’t like being jerked around like that, I called today to cancel the account.  Here’s what took place after I mentioned the lack of statements being a reason to close the account.

Credit Card Woman: “I see here that we’ve had mail returned that was sent to you, so maybe the address is wrong.”

Me: “Okay, well you got me the first statement and the credit card just fine, so I don’t see how the address was suddenly wrong.”

Woman: “Can you confirm the address with me?”

Me: “And besides, why didn’t you guys try to let me know when you started getting mail back instead of waiting for me to call?”

Woman: “Oh no sir, you misunderstand; they wouldn’t have called, we’ve sent letters saying we need to update your address because there’s a problem.”

So, late last year my Mac Powerbook pissed me off for the last time.  That coupled with another hypocritical commercial from Apple means I bought a new laptop.  The Mac was sitting around, doing nothing as an identify theft liability after 3 going on 4 years of computing history.  I finally decided I could donate the laptop, but without the hard drive.  I began with needing to open the case.  The screws were designed with such a small head that I had to give up and use a special screwdriver. 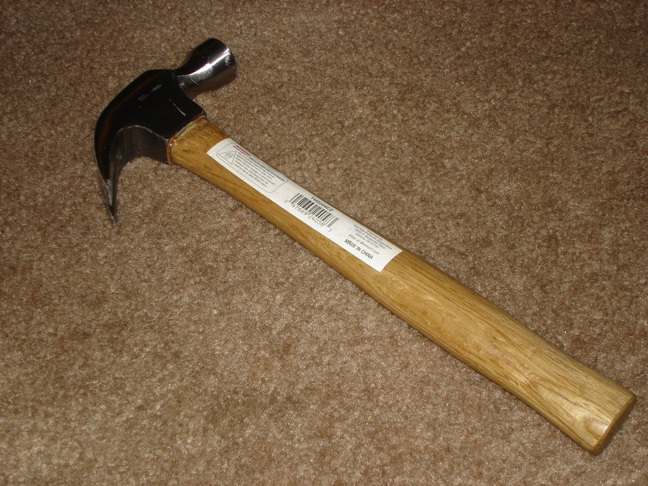 Next, I had to delicately extract the hard drive.  I didn’t stand a chance at finding and releasing the screws there.  It took hours of hammering and prying.  For future reference, the hard drive is located inside a Powerbook in this location. 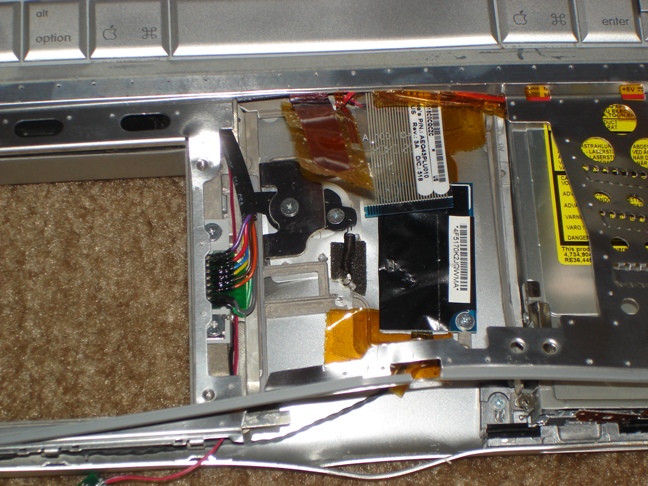 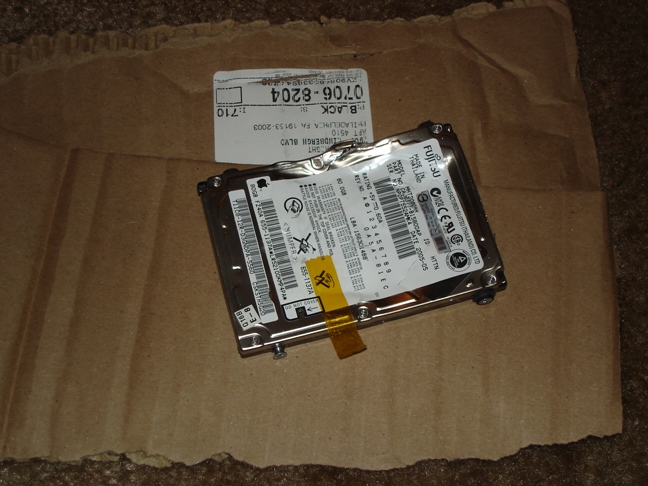 There was a hole in the side and what appeared to be glitter was falling out.  The “hard” part of a “hard drive” is actually more like metal-coated glass, and shatters during a strong impact.  I pounded at the hard drive to get as much of the platters out. 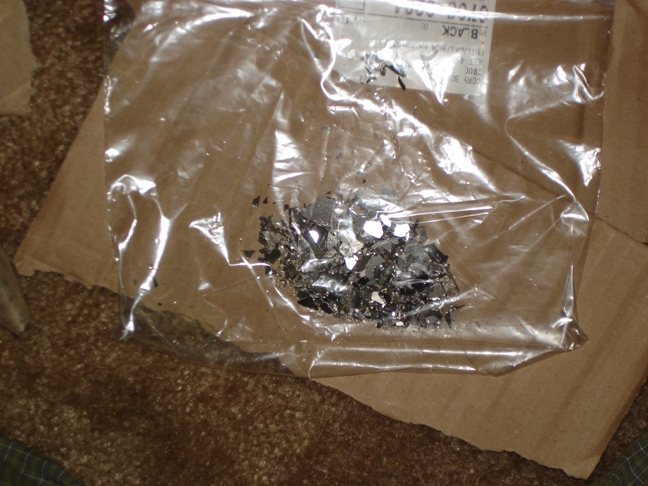 It was fun stress relief, and definitely keeps your credit card information safe.